Christmas is not just a time for festivity and merry making. It is more than that. It is a time for the contemplation of eternal things. The Christmas spirit is a spirit of giving and forgiving.

Christmas, my child, is love in action. … Every time we love, every time we give, it’s Christmas.

Christianity did not begin with a confession. It began with an invitation into friendship, into creating a new community, into forming relationships based on love and service. 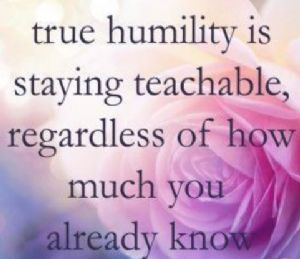 The task of religion is not to turn us into proper believers; it is to deepen the personal within us, to embrace the power of life, to expand our consciousness, in order that we might see things that eyes do not normally see.

“One day you will wonder what was so important that you put off doing the most important things. 'Someday' can be a thief in the night.”

“Awareness of the divine begins with wonder.”

To live and to work in one world and believe and pray in another makes our lives seem fragmented and disconnected, even alienated from what is truly lifegiving. (pg. 21)

From "Radical Amazement" by Judy Cannato

"God is the compassionate consciousness in which we all live."

The evolution of science and Christianity

If you muster the courage to raise your questions aloud, chances are you will be treated to a menu of facile clichés, unsatisfactory platitudes, or even threats of excommunication in this life and hell after death. If you keep your questions a secret, you may feel increasingly divided, even hypocritical, showing the mask of a happy believer on Sundays but living with a growing inner disillusionment the rest of the week. “Why does faith always feel like pumping water uphill?” you wonder. “Why does it take so much effort to maintain?” You understand why so many people decide to drop out of religion entirely.

Why Your Beliefs Stopped Working and What to Do About It

You won’t find Jesus in the land of the dead. He is still with us.

The powers killed him – but they couldn’t stop him. They crucified him and buried him in a rich man’s tomb. But imperial execution and a tomb couldn’t hold him.

He’s still loose in the world. He’s still out there, still here, still recruiting people to share his passion for the Kingdom of God – a transformed world here and now. It’s not over.

As the collection of our days

grows tall behind us,

looms large in its shadow.

We ponder over days gone by,

living's residue set upon our souls.

What has been, has been.

We can only move further away

from the choices we have made.

May the distance we cover

May we grow wise

we make of our lives.

And, as our perspective widens,

may we find that our choices have been

part of a larger picture that, as a whole,

brings beauty to this fragile earth.

Gretta Vosper "Time or too Late"